Governments, Facebook, maybe even your neighbor – with the technological advancements these days, it’s fairly easy for anyone to snoop around and get a sneak peek into your private life. Hence, the importance of privacy coins.

You might be thinking, “Privacy, shmivacy – I’ve got nothing hide.” That may be so, but the anonymity of your financial transactions is something you should take seriously. Do you really want anyone to be able to track your purchases, see your salary, or even know your entire net worth?

Even with the pseudo-anonymity of Bitcoin, it’s relatively simple to track down transactions and wallet amounts. In this ultimate guide to privacy coins, we’re going to cover all (well, mostly all) of the main projects that are working to keep your privacy secure.

Monero – Many people in the crypto-community consider Monero to be the ultimate privacy coin. Originally forked from Bytecoin (see below), the coin uses stealth addresses and Ring Confidential Transactions (RingCT) to keep your transactions and your wallets anonymous.

The Monero development team is constantly adding unique casino features like Tails OS integration to stay one step ahead of those looking to access your information. The project is completely focused on privacy even if it sometimes means usability gets put on the backburner.

Dash – Although not as singularly devoted to anonymity as some of the other coins on this list, Dash brings its fair share of privacy. The coin has a PrivateSend feature that allows you to send your coins anonymously to recipients. During the PrivateSend process, the Dash masternodes mix your coins multiple times with other coins being sent on the network. This process effectively makes your coins indistinguishable from the other Dash coins when you send them out.

Dash is a fork of Bitcoin, so you can find a good amount of Bitcoin’s tried and true technology in Dash as well.

Zcash – You may have heard of Zcash from the Radiolab podcast episode, This privacy coin implements zero-knowledge Succinct Non-interactive Arguments for Knowledge or zk-SNARKs for short. Put simply, zk-SNARKs is a mathematical proof that proves that the transactional information you send is accurate without having to reveal what that information is. It ensures that all transactional data is encrypted. Like Dash, privacy is just an option with Zcash.

The Zcash team has been transparent about the extent of the coin’s privacy too. Although fairly private, they’ve been clear that they don’t encrypt multisignature data or shield IP addresses.

Bytecoin – Created in 2012, some community members consider Bytecoin to be the original privacy coin. As discussed earlier, this is the coin that Monero forked from. Bytecoin uses the CryptoNote protocol – a mixture of ring signatures and one-time stealth addresses.

Every Bytecoin transaction uses a unique, one-time public key. This avoids address recycling and ensures that you aren’t able to track a coin back through its transactional history.

Although Bytecoin has forked numerous times over the years, there’s been a recent resurgence with the core development team. The project went through a rebranding and has begun communicating substantially more to the community.

Zclassic is really just a fork of Zcash with the removal of a founder’s reward. So, as a fork of Zclassic, Bitcoin Private has the same privacy features as Zcash.

The Hshare/Hcash platform has two wallet types: black and white. White wallets remain public while the black ones are shielded in privacy. To accomplish this, Hshare uses the zk-SNARKs strategy made popular by Zcash.

PIVX – A fork of Dash, PIVX (Private Instant Verified Transaction) is a proof-of-stake coin with a focus on everyday use. It uses the Zerocoin protocol to hide the addresses associated with wallets and make transactions anonymous. Unlike Zcash or its predecessor, Dash, PIVX is completely resilient to blockchain analysis, meaning that senders and receivers keep their privacy.

In order to send your PIVX with anonymity, you first need to convert them to zPIV coins. From there, send your zPIV coins, and your recipient will receive normal PIVX coins. The Zerocoin protocol makes it so the transaction is verifiable on the blockchain while still preserving the privacy of both the sender and recipient.

Zcoin – A lesser known privacy coin, Zcoin also uses the Zerocoin protocol to keep your transactions private. In a typical Zcoin transaction, you actually burn (or destroy) some Zcoin to produce spendable Zerocoins. There’s a 0.01 Zcoin fee involved with this process.

Because you freshly mint Zerocoins, they have no transaction history when you spend them. Through zero-knowledge proofs, there’s also nothing linking them back to you as the minter. As a Zercoin receiver, you only know that money was sent to your wallet, not who it was sent from.

ZenCash – ZenCash is more than just a private currency. It also includes a content platform, messaging, and a decentralized autonomous organization (DAO) as well. Continuing a line of code lineage, ZenCash is a fork of Zclassic which, as you probably already know by now, is a fork of Zcash.

Like the coins before it, you have the option of privacy in your transactions through ‘z’ addresses (anonymous) and ‘t’ addresses (pseudonymous).

Down the road, the ZenCash team also plans to implement a decentralized exchange, banking services, peer-to-peer insurance and Governance-as-a-Service (GaaS). All of these features will include the same sense of privacy as the rest of the project.

Nav Coin – Like so many others on this list, Nav Coin includes an anonymous option for transactions.

Private NAV transactions take place on the NavTech subchain. Instead of transmitting the transaction directly to the recipient, you encrypt it and send it to the subchain. Your coins then enter a pool involving numerous servers and encryption layers. From there, NavTech sends a different set of coins from the pool to your recipient.

This article just includes the privacy-focused coins in the top-100 or so coins ranked by market cap. There are plenty of other smaller projects out there keeping privacy in mind too. Hush, (Monero fork), and (another Monero fork) are some examples.

With the ever-increasing infringement on individual privacy, these lists are going to continue to grow.

The Bitcoin (BTC) hashrate and mining difficulty has reached unique casino all-time highs today, as BTC had a…

Bitcoin, the flagship of cryptocurrency, is often referred to as “digital gold” to indicate its utility as…

Brave Browser Review: A Guide to the Crypto-Native Browser

The Bitcoin (BTC) hashrate and mining difficulty has reached unique casino all-time highs today, as BTC had a rather rough month by falling below $39k. Lifetime Peaks for Mining Difficulty and Hashrate The mining difficulty of the largest cryptocurrency in the market, Bitcoin, has risen by 5.56% on Wednesday, hitting a record of 29.79 trillion at… 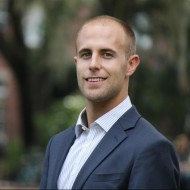 Based in Austin, TX, Steven is the Executive Editor at CoinCentral. He’s interviewed industry heavyweights such as Wanchain President Dustin Byington, TechCrunch Editor-in-Chief Josh Constine, IOST CEO Jimmy Zhong, Celsius Network CEO Alex Mashinsky, and ICON co-founder Min Kim among others. Outside of his role at CoinCentral, Steven is a co-founder and CEO of , a mobile app that automates cryptocurrency investments. You can follow him on Twitter @TheRealBucci to read his “clever insights on the crypto industry.” His words, not ours.

Brave Browser Review: A Guide to the Crypto-Native Browser

Cake DeFi Review: Is it Safe, Legit, and Worth Your Time?